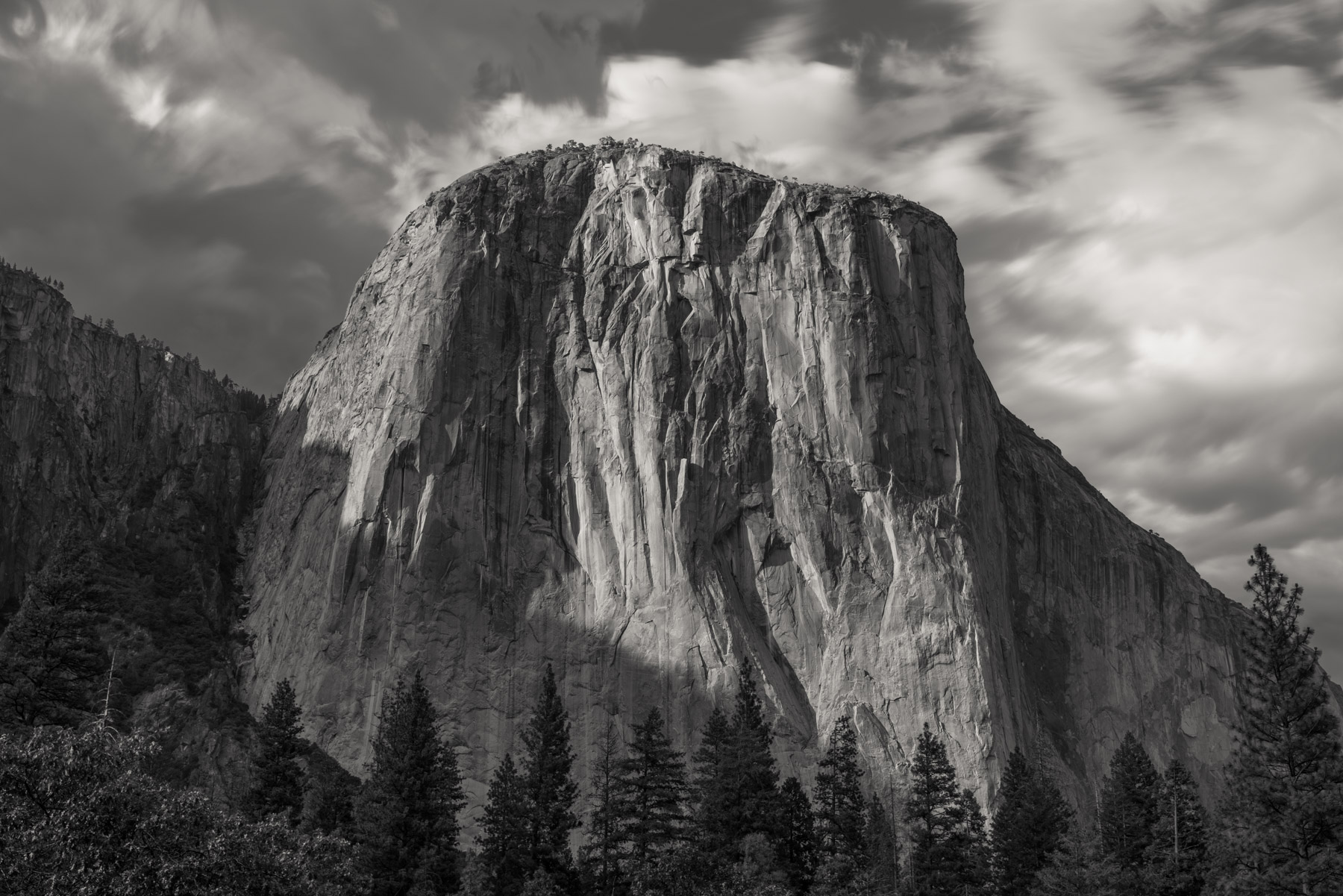 Yosemite in summer is close to a photographer’s nightmare. This is when the park is supposedly busiest and it can be really challenging to find a place to stay, even months in advance. I scheduled my visit to Yosemite starting from a Monday, even though it involved a huge 800-mile detour from my trip to fit it in.

I think this paid off to some extent, the park really wasn’t as busy as I had expected. As a photographer, you’re at an advantage at this time of year (with a price to pay), as the golden hour times are so early and late respectively, the price being you really only get a few hours sleep a night. I entered a split sleep cycle in Yosemite, sleeping a few hours at night and a few hours in the day, which in the end worked out and allowed me to avoid the busiest times in the park.

As a place to photograph, I actually found Yosemite to be really challenging, at least in the summer. I had read a couple of books before heading out, namely Michael Frye’s “The Photographer’s Guide to Yosemite” which is a fantastic book, and Jeffery Sullivan’s “Photographing California“; so had a good idea of what I wanted to photograph – it was probably the most well-planned part of my trip. I got to visit a lot of photo spots, some well known and some not so much.

The challenge was the weather.

I visited in the peak of summer, and the weather was clear skies for almost all of the trip. I dislike photography in harsh light as much as anyone, and I promise not from snobbery, I simply really struggle to see much form and colour in landscape, particularly those like Yosemite when the weather is so clear and harsh.

This is problematic in valleys like Yosemite, where you have huge cliff faces blocking any of that golden hour (or in my case in summer, golden 20 minutes) coming into the valley, so for any colour you really have to rely on a few distinct spots in the valley where the light does come through, or clouds reflecting light back into the valley. Fortunately, on the last afternoon, some welcome cloud rolled in and I was able to salvage a few shots.

In addition to this, the huge amounts of snowfall in the 2016/2017 winter meant a large snow melt. This made the Merced River was borderline torrential, which vastly changed much of the compositions I had planned. Famous spots like Valley View and Cathedral Beach were completely different to how you’d find them out of season. The only good result of the snow melt was the waterfalls – they were gushing like crazy!

The one thing I really wanted to do was more hiking, as this gives you access to unique perspectives of the valley. Unfortunately this year, even looking 4-5 months in advance, a lot of the trail permits I wanted had already been booked. I wasn’t really aware of just how in demand they are, so that was a lesson learned and I was forced to visit and see the park by road instead.

I’d love to go back to Yosemite, but only in the winter. I think seeing snow in the park and to have longer periods of good light would give amazing results and transform the valley in an entirely new subject to photograph.

So after all this, what was that ‘paying off’ thing I mentioned? Well, I never see a trip like this as a disappointment, where conditions aren’t going your way as a photographer. Having a large snow melt and long clear days really isn’t ideal for landscape photography, especially in a valley. I did enjoy Yosemite as an experience though, I had heard horror stories about how busy the place gets which I expected, but visiting on a weekday, away from a holiday, and arriving and entering the park early and late meant I wasn’t bothered by this.

Sure, some of the more popular parking spots and the village were busy, but I didn’t have trouble parking my 25′ RV in any of the parking areas through all 3 days, and many of the trails I walked were almost empty. Aside from that, Yosemite is still a very special place, even when you know you’re in the company of thousands of other people, it’s still easy to enjoy the landscape for what it is.

For my time there, it was a visit when the camera stayed in the bag for the most part, and I didn’t mind being a bit of a tourist for a day.