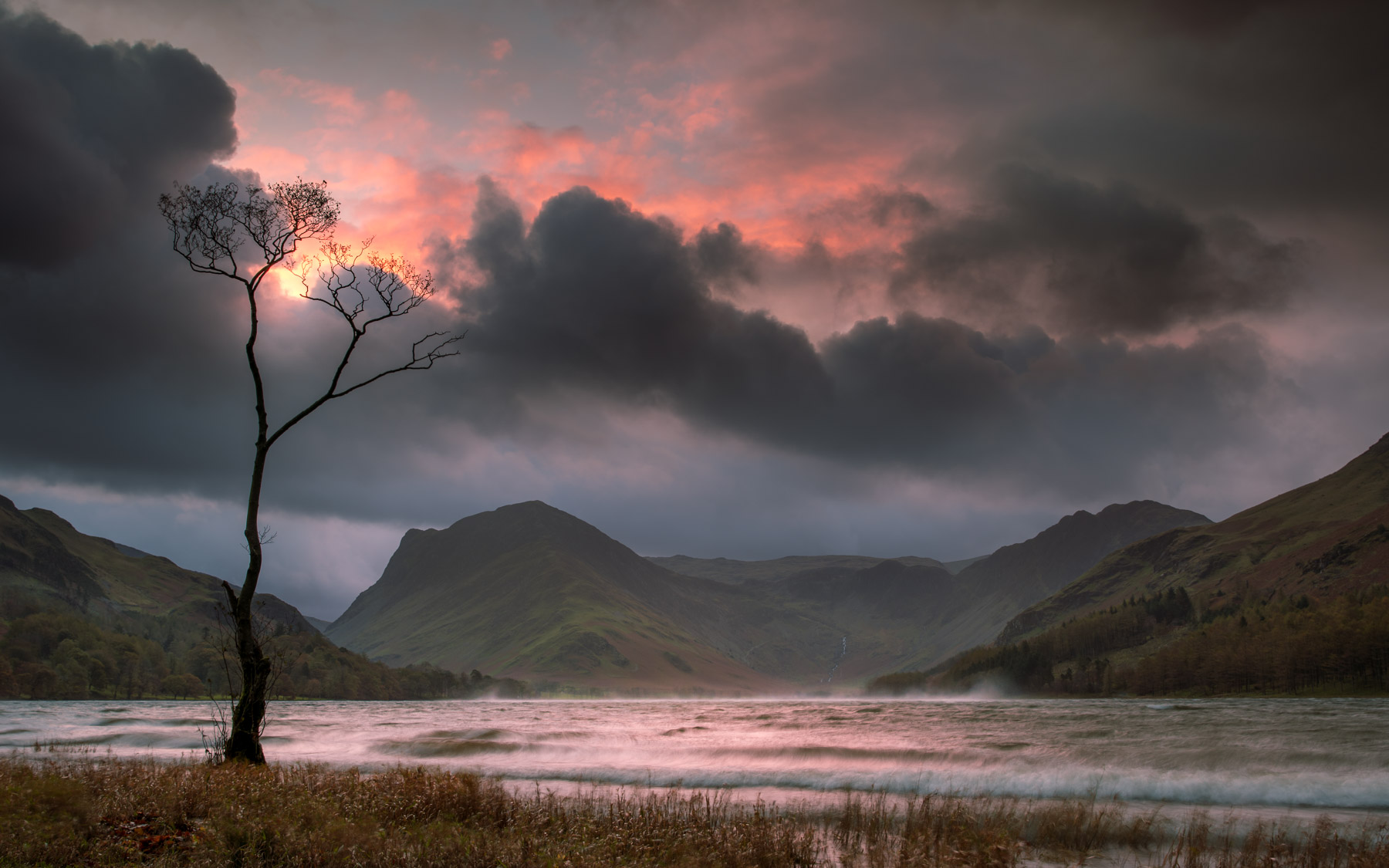 I ventured to the Lake District with the aim to grab the last of the year’s Autumn colour. My trip was sandwiched between two of the UK’s seasonal storms – Ophelia and Brian. I arrived as the first had just blown through, and unfortunately missed an awesome orange glow which Ophelia caused, with Saharan dust suspended in the atmosphere, giving the UK a rather lovely orange sepia tone.

The tail end of Storm Brian was moving into Cumbria too, so I expected some interesting weather. Expectedly, I had a lot of rain on this trip, spending the majority of my time in the car driving, either looking for locations or trying to find a part of the Lakes which still had some light. A lot of the trip turned in to a bit of a scouting ordeal.

With the weather, though, did come some really interesting sky. I had a lot of low clouds, a bit of mist and diffuse light, which made a lot of the shots what they are. I tried to shoot a bit wider on this trip, as I often find myself reaching for the long lens and compressing a lot of images, which has made me a bit lazy in my photography when it comes to shooting wider and getting more foreground features in shots.

The highlight of the trip was my morning to Buttermere, where I’ve been wanting to take the famous ‘Lone Tree’ shot for a while. I arrived at dawn and opened to car door to the full force of storm Brian gusting down the valley. The short walk to the shoreside made me start to consider my choice, this shot is most famous on a calm morning with reflections on still water – there was zero chance of that happening…

As I arrived at the shore I was met by waves on the lake… Not just mounds of water like you usually see on a windy lake – full-on, beach level, almost surfable waves! Not to mention sprays of water raising up in flumes along the lake.

Determined to at least try and get something, I set my tripod low with the legs as spread as I could, and started to shoot pushing my weight down on the ball head. The ‘lone tree’ was blowing around quite a bit, so it was a combination of raising ISO and waiting for a calm lull in the wind for taking the shots. To add to the dismay, there really wasn’t much light happening, so I packed up and started walking away. I’m starting to learn not to do this as much, so I turned around and waited a couple of minutes and noticed some orange/pink light start to reflect off an opening in the clouds. I set back up, and started to shoot again, and managed to grab one of my favourite shots of the Lakes.

Perhaps not your typical shot of the ‘Lone Tree’, but I love it. I’m sure not many people have captured it with waves and spray being kicked up by the tail end of a storm