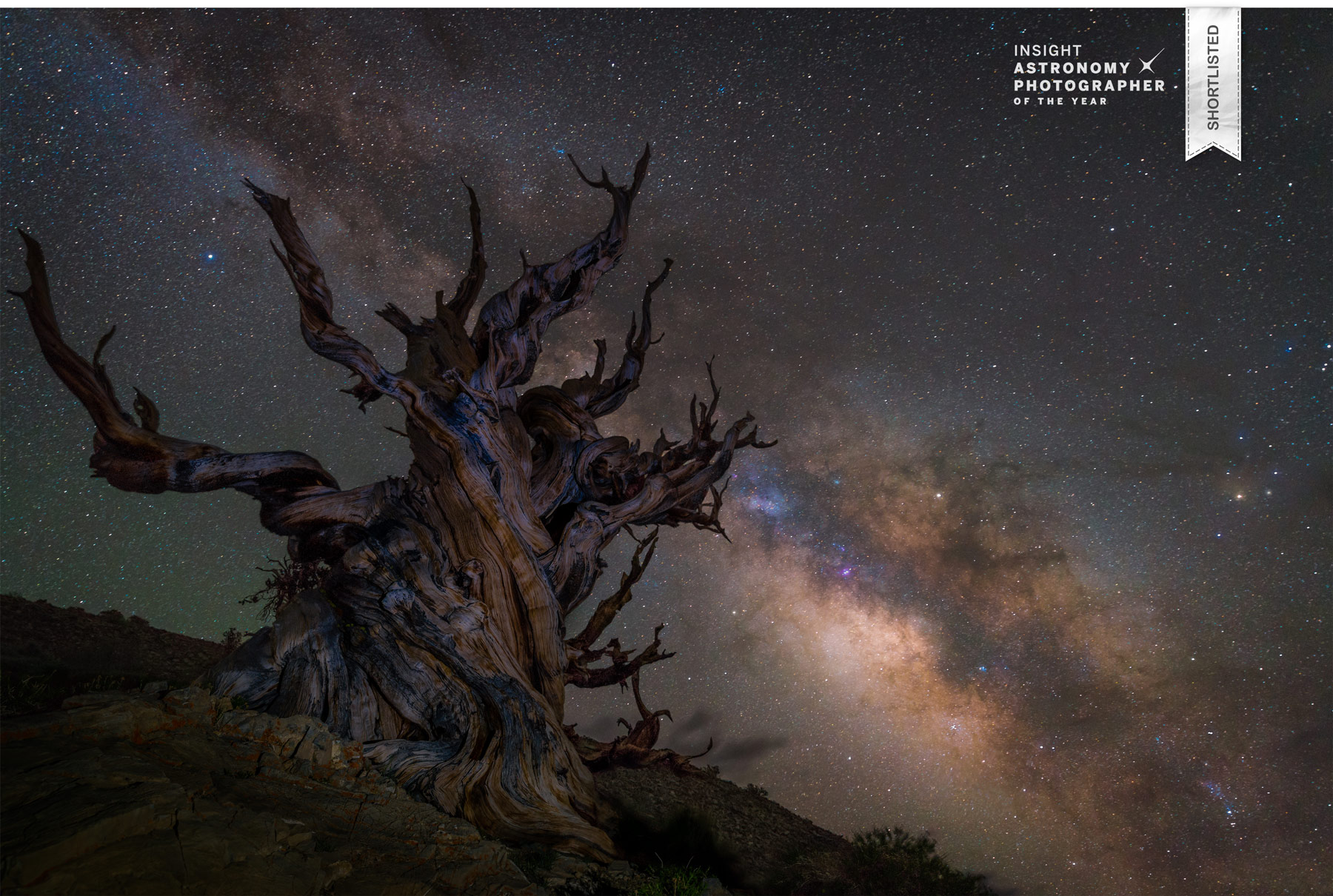 I’m really stoked to have one of my photos pick up a shortlist for this year’s Insight Astronomy Photographer of the Year 2018 hosted by the Royal Observatory in Greenwich, UK; with one of my shots from 2017, ‘Guarding the Galaxy‘. With over 4,000 entries from across the world, I was really surprised to pick up a shortlist entry.

The winners are announced on October 23rd, with a new exhibition featuring all the shortlisted images opening in the National Maritime Museum the following day on the 24th; so if you’re in London around then, go take a look!

I don’t enter many competitions, in fact, this is only the second I’ve entered, the other being 2016’s Kielder Observatory’s UK Astronomy Photographer of the Year which I picked up a shortlist for my Super Blood Moon photo.

I thought I would write a quick blog about the night I took the image. With most photographs, the journey to get it is often as interesting as what’s captured.

Back in June, I was in the middle of a 3-week 5,000-mile road trip through America, visiting California, Arizona, Utah, and Colorado. One of the stops was at the Ancient Bristlecone Pine Forest, which is somewhere I’ve wanted to photograph for a couple of years. It’s an amazing place situated as part of the Inyo National Forest in the White Mountains, which lie opposite to the Eastern Sierras in South-East California. I wrote a larger blog post about my day there.

As its name suggests, the Ancient Bristlecone Pine Forest is a range which hosts some of the oldest trees on Earth, some reaching well over 4,500 years old. The twisted branches which form twirling shades of blue, grey, orange and red, in all manner of patterns are an awesome sight. They sit perched against the creamy white slabs of rock which litter the face of the White Mountains.

It also has some very, very dark sky..

This is a brief story of a shot that almost didn’t happen.

After a day of hiking the Cabin Trail and shooting sunset, I was planning to spend some of the night taking astro images. I had a long drive into Death Valley the next morning, so I didn’t want to spend too long here.

Having already scouted the location of this image during the day, I had my bearings and a bit of a plan. I waited out Blue Hour, and then the rain came..

It was only a light rain shower, but the cloud overhead was telling a different story. It looked like a complete write off that I was going to get any kind of image. With a long drive to my campsite in the Alabama Hills, which in a 25′ motorhome down steep windy roads, it wasn’t something I wanted to leave to late into the night, so I set off on the drive back having given up the hopes of a night image in the forest.

I was a bit disappointed, this was an image I really wanted to capture on this trip. I always remind myself though – ‘there can always be a next time‘.

I had driven for about 25 minutes down the mountain road and noticed some thunderstorms passing over the Eastern Sierras, so decided to stop and see if I could grab a good image (I couldn’t..). I did notice while looking through the sequences of shots I took that the wind had changed a bit, and some clear spells on the horizon were passing toward me.

After a bit of experience with astronomy, you soon learn to read local weather a bit and make some educated guesses.

Was I really going to drive back up there to make an attempt? Sure I was! I span the RV around (well, a 10 point turn) and started my ascent back up to the forest. As I arrived in the car park it was lightly raining and I was the only one there. It felt a bit bleak, but I trusted that some breaks in the cloud would turn up. I began the short hike up the Discovery Trail to the tree I wanted to photograph, it’s one of the more popular ones in the forest, so gets visited a lot.

It was a really weird atmosphere on the 10-minute walk. It had stopped raining by the time I’d got going and there was a deafening silence on the trail. At over 10,000 feet, not a lot lives among the Bristlecone Pines. I don’t get scared in the dark all that much, between fishing at night at home in the UK and night photography, I’m pretty used to it.

For some reason I had a Mountain Lion fear on this trip, I was warned about them by a couple of people, and coming from a country like the UK where squirrels are about the most dangerous animal we have, I wasn’t used to the idea of bumping into a 120lb big cat. It was a nervous walk with the combination of being alone and 30 miles from the nearest human, in Mountain Lion territory, and walking in complete silence and darkness. I’m not embarrassed to admit I had my pocket knife in my hand the whole way up!

I eventually arrived at the tree I wanted to shoot and entered ‘photo mode’, all the worries mostly left me and I started to concentrate on the photograph. The weather was still being a problem with clouds passing over as I set up. I waited about 10 minutes (pocket knife back in hand) for some breaks in the cloud and finally got one! It was enough to take a couple of 30-second exposures before more cloud started creeping in, but I got a decent shot to take home.

A quick bit of light painting on the tree to blend in for the final image and a snapshot with my second camera, and I was off back to the safety of my RV!

I’ll always remember this image as one I turned around for halfway down a mountain with a thunderstorm on my tail, and nervous walk in the dark to take it.