Debut with the Vixen Polarie (Review) 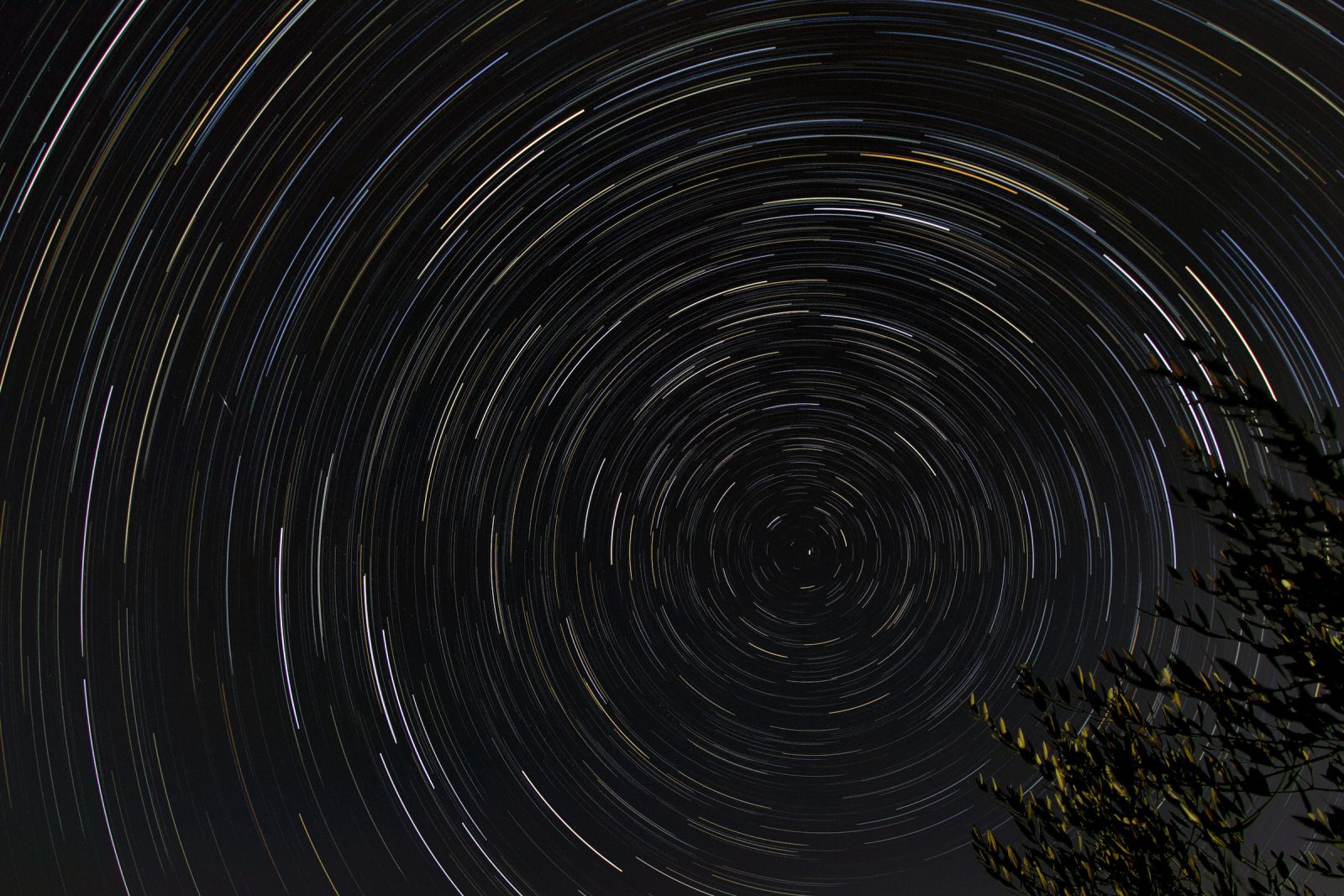 I recently purchased a Vixen Polarie, a nifty little box which takes the role of an equatorial mount, with the ability to be fixed on any tripod and have a DSLR or small scope mounted on it. It’s a perfect travel companion and can go anywhere. I was bringing it to my holiday to Umbria, Italy, where there’s darker sky than I have in England, and the perfect opportunity to do some wider field astrophotography.

First off, I wanted to upgrade my DSLR from the 1100d to something a bit more robust. The 1100d was my first camera, and I’ve used it to take lunar shots over the last year. I ended up getting a Canon 60D, and although under the body there’s not much difference between old and new, the 60D has some advantages – It feels better built with a more robust and durable body, has a flip out screen for awkward angles when the cameras pointing up, and a micro display for faster setting. I also got a couple of new lenses with the camera – Canon EF-S 10-22mm f/3.5-4.5 USM Lens, and Canon EF 50mm f/1.8 Mk II so I have something lighter and cheaper for everyday use. To mount it all, I got a Benro Travel Angel II Aluminium Tripod Kit A2692TB1 which came with a ball head, and for a ball head for the Polarie, I ended up getting a Vanguard SBH-100 Ballhead. Tracking down a reasonably priced ball head for the Polarie was a challenge, and the 4lb weight limit on the mount effects the decision too. Ultimately, the more robust the ball head and heavier it’ll be, and the lighter it is, the more it’ll struggle with the camera/lens weight. I found the Vanguard to be a good compromise and it’s something you can always upgrade later on.

Getting to know the Polarie 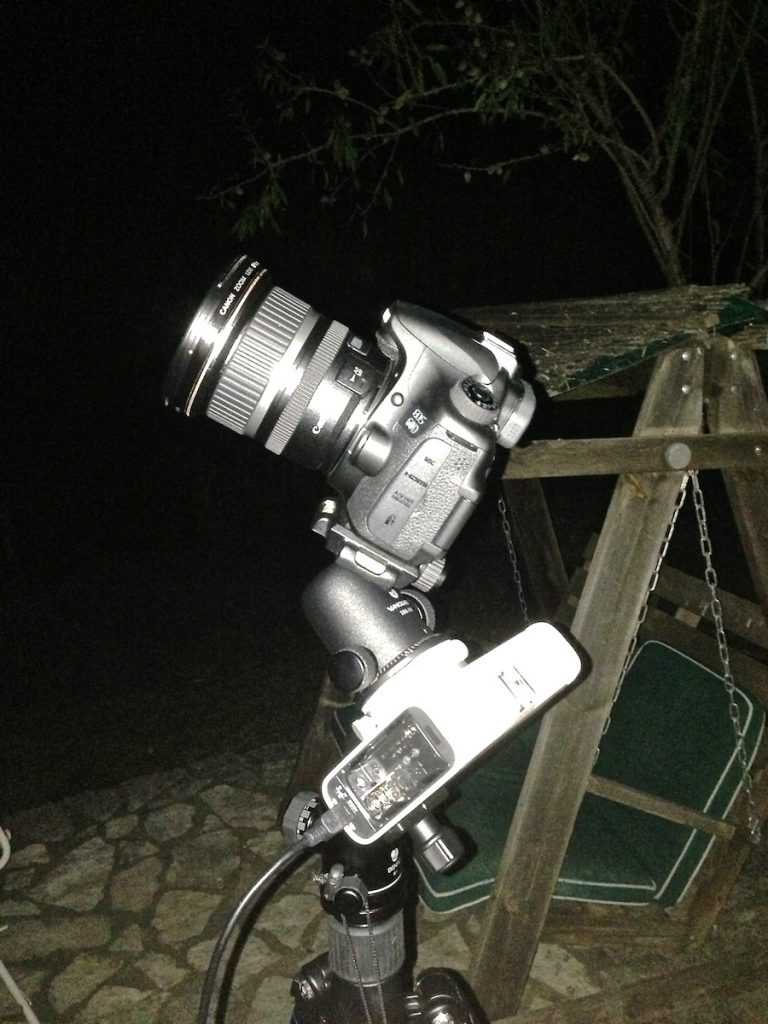 The Polarie isn’t the cheapest thing about, but for what it does and what it is the value for money becomes more apparent the more you use it. It’s nice and small – about the same width and height as a DSLR, but not as deep. It feels really well made, and the engineering is impressive. There’s several modes of tracking available – Solar, Lunar, Full rate (your standard sidereel rate) and Half rate. Personally, I can never see myself using the lunar or solar rates, I just don’t see the point unless you’re doing largely tracked time lapse pieces lasting several hours. I do think doing a solar tracked sunrise time lapse would be awesome, but they’re still limited in usage. The full rate will likely be the most used, especially if you’re looking to scale up to using an astrograph or more focal length to start imaging tighter targets, clusters, and constellations. The half rate is a bit of an odd ball, Vixen mentions its use as a rate for creating landscape pieces and keeping a better tracking imbalance between the tracked sky and the untracked ground. To be honest, though, you can really easily overcome this by taking a fixed shot of the foreground and blending it into your final fully tracked sky layer, making this use redundant. Having said that, I think the half rate is a really interesting starscape time lapse setting, and i tested it out on my holiday. The half rate allows you to a) take longer than 30-second exposures and not see much star trailing, and b) getting a really nice effect where both the ground and your sky target are moving at different rates (The frame essentially tracking in between static and full rate).

I also purchased the polar scope with the Polarie, which in hindsight was a bit premature as I didn’t need the polar alignment accuracy it delivers when imaging at mostly 10mm, but it’s a good future investment if I ever want to get serious and start moving up in focal length.

In terms of how I use the Polarie going forward, it’s really going to be limited by my access to dark sky. It’s not something I can use that effectively at home where the light pollution is terrible, and although a clip in IDAS filter would be an interesting investment, I don’t believe great starscape shots can emerge from heavily light-polluted locations. It’s safe to say it will come with me to any trip abroad in the future, and in the next 5 years, I hope to visit at least several parts of Africa, North America, and Australia, all of which will offer me amazing opportunities for shots. 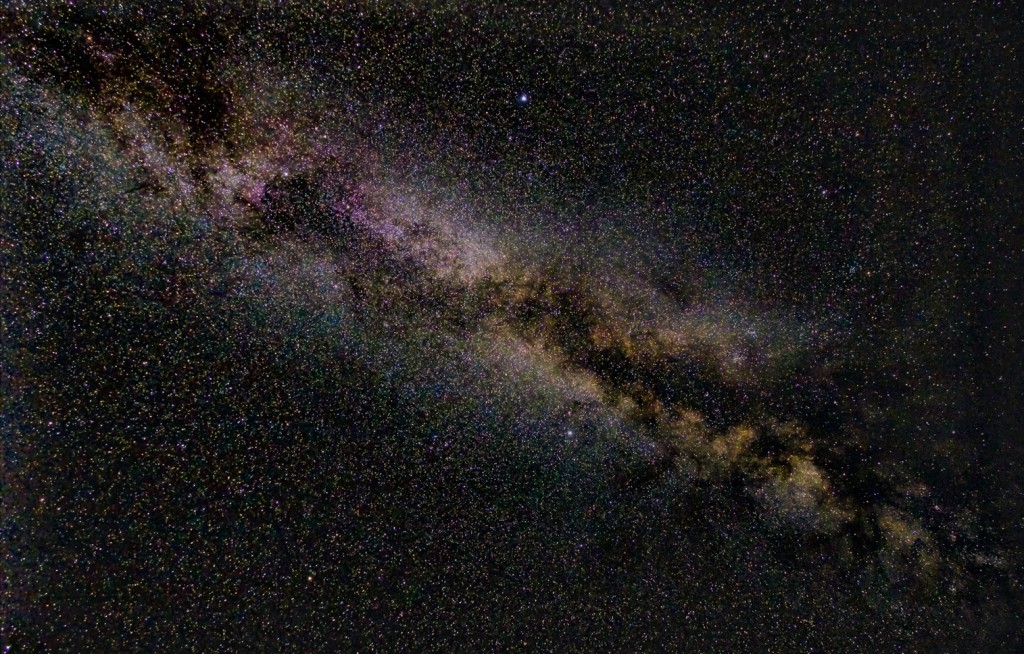 If you want an awesome wide field setup the Polarie can really open up new techniques available to you and help you get the most out of a location. Being able to grab 1-2 min exposures easily with no star trailing gave me a lot of data to work with in processing, but it’s probably not something for the standard photographer – more for those who are primarily astrophotographers.